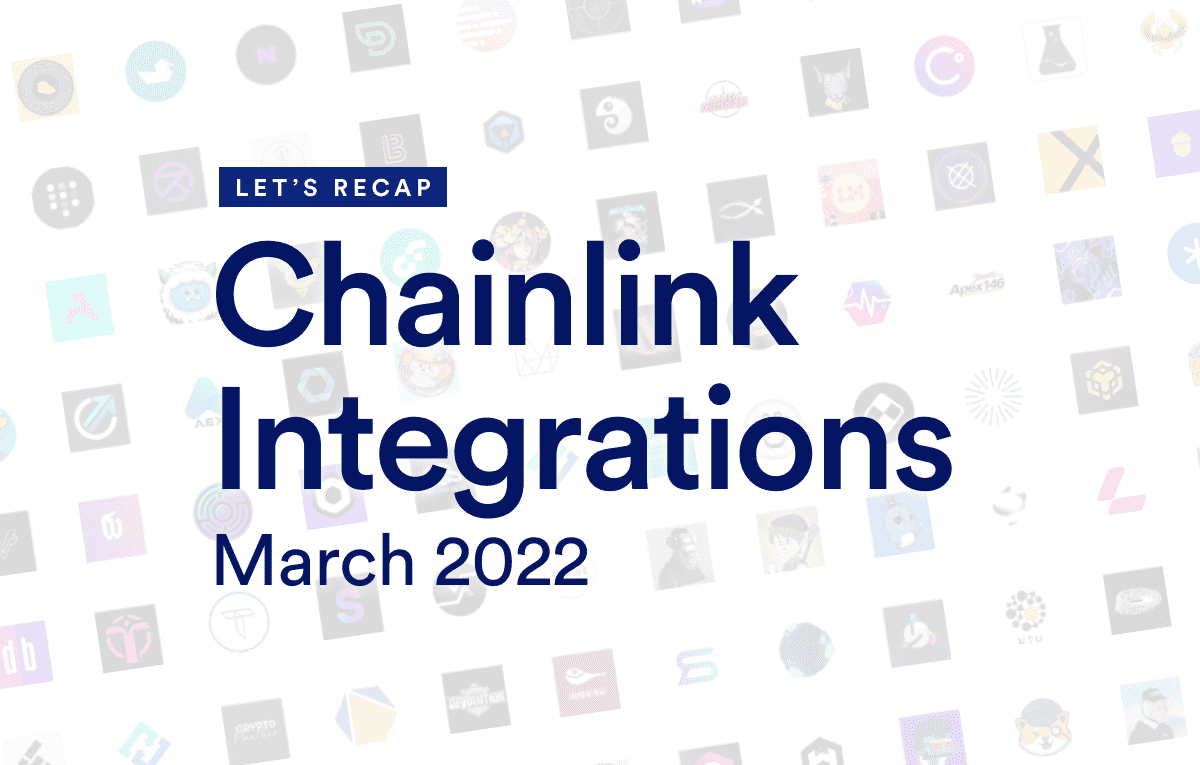 March was an extra special month for Chainlink Today, because we celebrated one year as the go-to community news source, sharing stories from Chainlink ecosystem teams that are building web3 from the ground up. When we launched on March 17, 2021, the Chainlink Network secured over $15 billion in smart contract value. By the end of 2021, that number reached over $75 billion and the Chainlink ecosystem surpassed 1,000 integrations.

During our first year, Chainlink Today published over 100 interviews with trailblazing teams using Chainlink oracles to advance industries like decentralized finance (DeFi), decentralized insurance, NFTs and blockchain-based gaming. In total, we shared over 250 articles with our now more than 14,500 Twitter followers, who retweeted us nearly 20,000 times.

Derezin, who helped scale market-leading businesses Learning Solutions and Sales Solutions during more than a decade at LinkedIn, is now Chief Operating Officer at Chainlink Labs. Malkhi, who was CTO of Diem and lead researcher at Novi, is now Chief Research Officer at Chainlink Labs, helping to develop vital web3 infrastructure like Chainlink’s Cross-Chain Interoperability Protocol (CCIP), which is slated for release this year.

Malkhi said Chainlink Labs is “the undisputed leader” in building trust-minimized blockchain services. “I was drawn in by the existing team of experienced researchers at Chainlink Labs and the team’s laser focus on the critical technologies needed to advance Web3 and create more secure, transparent, and truth-based infrastructure for all,” she said.

The Chainlink ecosystem grew by 76 new integrations in March, including Metalink, a social app for NFT communities that integrated Chainlink VRF for its top-tier NFT giveaways; all-in-one DeFi platform Coin98, which launched a Chainlink Price Feed to expand the functionality of its governance token; Inveniam.io, which launched a Chainlink node to deliver its proprietary private asset data on-chain; and DeFi protocol Teneo, which integrated Chainlink Keepers to automate rewards distribution.

“Whatever gets someone excited, we’d love to see how they can creatively contribute to the space,” she said. “It’s always very exciting to see how new tools help developers build innovative projects that bridge web2 and web3.”

Learn more about Startup with Chainlink and apply here.