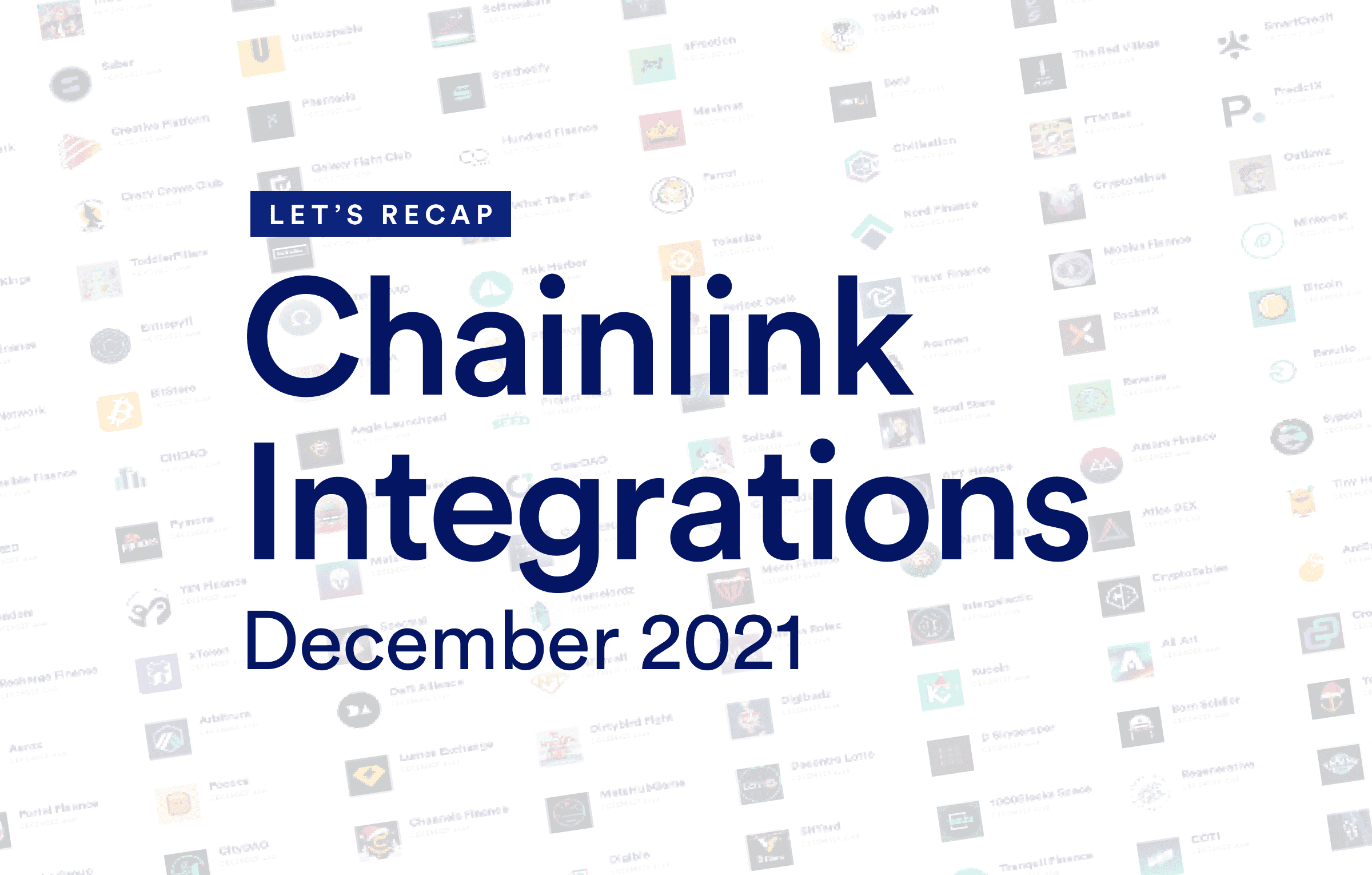 2021 was a monumental year for Chainlink, with the release of the Chainlink 2.0 whitepaper, new decentralized services like Chainlink Keepers and Cross-Chain Interoperability Protocol (CCIP), and the addition of novel Chainlink nodes operated by leading enterprises – including Deutsche Telekom, Swisscom, and the Associated Press.

Rounding out the final month of 2021, AccuWeather announced that it will deliver its critical weather insights on-chain via Chainlink. Matthew Vitebsky, Director of Flagship Products at the nearly sixty-year-old weather organization, told Chainlink Today that the move “ushers in a new era” at AccuWeather.

Just before the dawn of the new year, Chainlink Co-founder Sergey Nazarov joined Nasdaq TradeTalks host Jill Malandrino to reflect on 2021’s successes, such as CCIP’s cross-chain messaging, and share his expectations for 2022.

“CCIP seeks to do what TCP/IP did for the internet,” Nazarov said. CCIP allows developers to leverage the capabilities of multiple chains in a single advanced smart contract application, which is such a significant advancement that Nazarov said he anticipates “a step function increase through connectivity” alongside numerous new enterprise node operators in the new year.

Pacoca team member “Salt” summed up how key open-source innovations like Chainlink Keepers accelerate DeFi’s evolution and widespread adoption, telling Chainlink Today, “With Chainlink, we can all progress faster by sharing the technology and solutions, which allows us to save both money and time on development and focus on our roadmap.”

Meme coins were all the rage in 2021, but meme projects like FLOKI, which integrated Chainlink Price Feeds in December, are creating serious utility for their tokens in 2022. FLOKI core team member and strategist “B” told Chainlink Today that Chainlink oracles will make it possible to connect FLOKI’s enthusiastic community to DeFi through the launch of its player-owned metaverse early this year.

“What Chainlink has done and is doing is pretty revolutionary,” he said. “Having FLOKI be a part of this revolution is simply amazing.”

Check out the entire Chainlink ecosystem in one place and get ready for more big news in 2022.