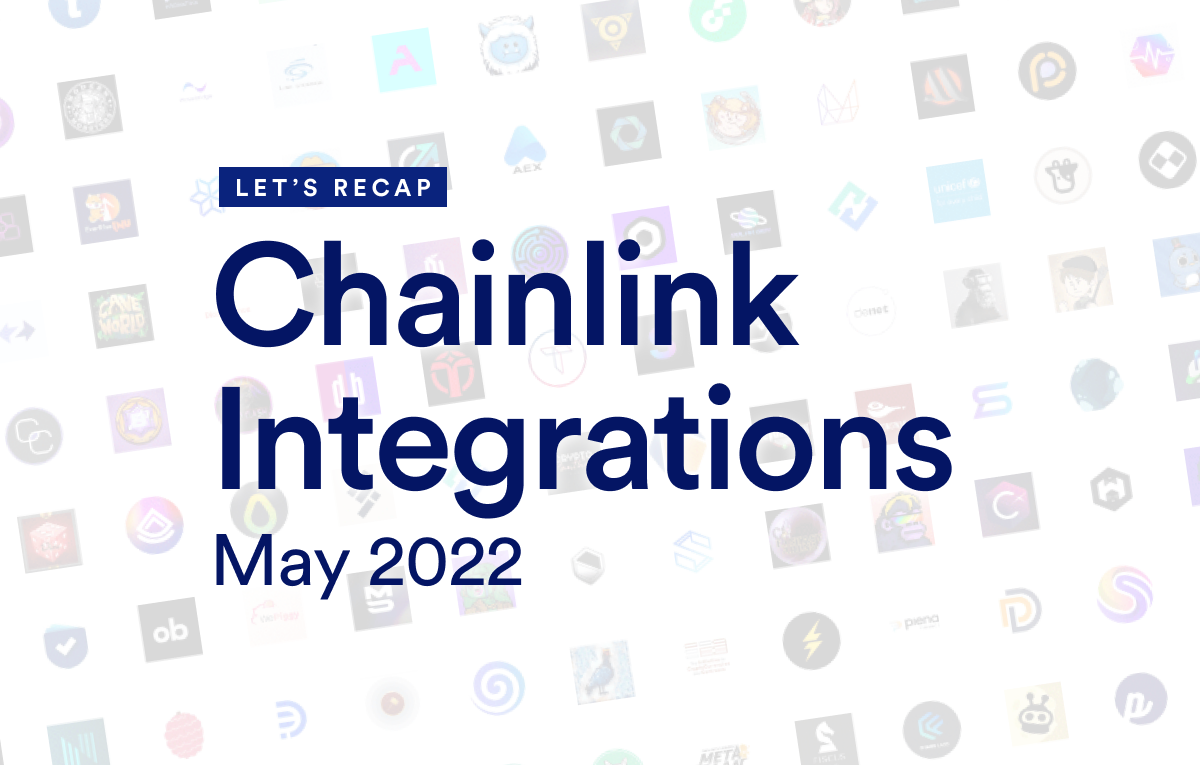 May 30, 2022 marked three years since the Chainlink Network went live on mainnet. Since 2019, Chainlink has become the blockchain industry standard, comprising over 900 bespoke oracle networks which secure tens of billions of dollars in smart contracts across decentralized finance (DeFi), insurance, gaming, and NFTs.

In its third year, Chainlink’s suite of decentralized services grew to include Keepers, which has already been integrated by more than 70 projects to automate essential time- and event-based smart contract functions, freeing developers to focus on building innovative new use cases.

Chainlink Labs also made several key executive hires over the past year, including former Diem CTO Dr. Dahlia Malkhi, who joined Chainlink Labs as Chief Research Officer in March. Malkhi commemorated Chainlink’s mainnet anniversary along with community and developer advocates and founders from the Chainlink ecosystem in a video tribute thanking the Chainlink community for their enduring passion and support.

To account for the continuously expanding Chainlink ecosystem, Chainlink Community Grant recipient and influential community member, TheLinkMarine, launched an optimized redesign of chainlinkecosystem.com, an independent resource for learning about the now more than 1,200 diverse projects integrating Chainlink oracles to power use cases across industries.

In an interview with Chainlink Today, TheLinkMarine, a full-time senior UI designer who found Chainlink as a solution to the oracle problem back in 2017, shared details about the site’s new custom-designed database and expanded dataset benefitting a range of users – from experienced developers to blockchain beginners – as the Chainlink ecosystem continues to grow.

“I think we could expect to see over 1,500 integrations by the end of 2022 – that would be an incredible milestone – and I’d like to think we’ll see well over 2,000 integrations heading into 2024,” TheLinkMarine said.

During his time at Google, El Moujahid scaled TensorFlow into the world’s top open source machine learning platform with 300 million downloads. Previously, he launched the Facebook Messenger platform, which connects 40 million businesses to more than a billion consumers.

“I couldn’t be more excited to join Chainlink Labs at such a pivotal time in blockchain and oracle development,” El Moujahid said in an official announcement. “I believe that smart contracts are radically changing the world for the better and Chainlink is in a unique position to accelerate this by enabling millions of developers and builders to take this disruption to new heights.”