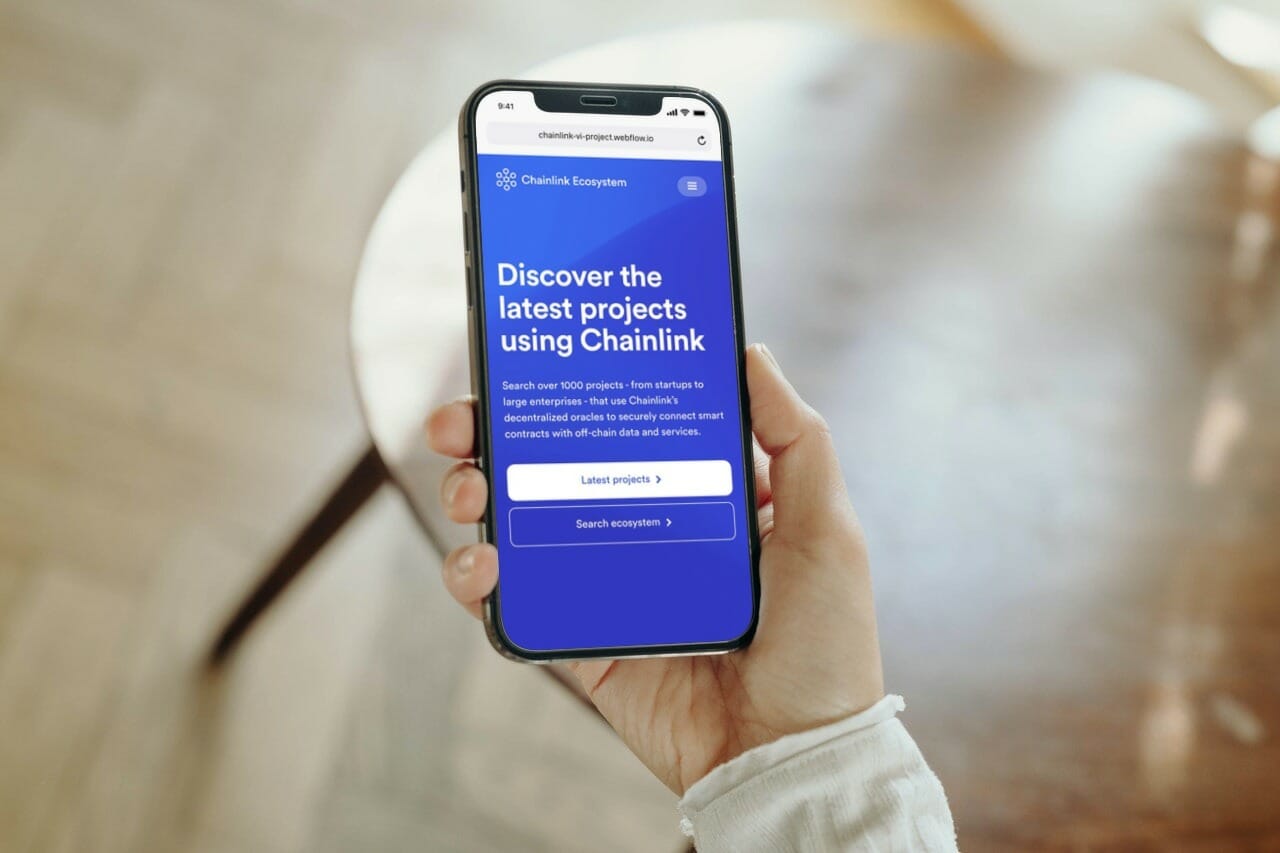 Chainlink community member TheLinkMarine first went down the proverbial Bitcoin rabbit hole over a few beers with a friend back in 2017. Soon after becoming immersed in all things blockchain and cryptocurrency, TheLinkMarine found a project that was building a decentralized oracle network for delivering real-world “off-chain” data to on-chain smart contracts, enabling a plethora of use cases that could improve the world through cryptography.

TheLinkMarine set out to build chainlinkecosystem.com as an independent resource to help others learn about the innovative projects integrating Chainlink’s decentralized oracle networks to build new use cases across decentralized finance (DeFi), decentralized insurance, blockchain gaming, and dynamic NFTs.

In just a few years, the Chainlink ecosystem grew from “just a handful” to more than 1,250 projects integrating 900+ Chainlink oracle networks as well as decentralized services such as Chainlink VRF, for tamper-proof random number generation, and Chainlink Keepers, for automating key smart contract functions.

TheLinkMarine, a full-time senior UI designer by day, began working late nights to document up to 100 new Chainlink integrations per month. Earlier this year, TheLinkMarine received a Chainlink Community Grant to launch a new and improved Chainlink ecosystem site with enhanced UI for navigating the vast and rapidly expanding universe of projects powered by the blockchain industry’s leading oracle network.

Today, the new site celebrates its official launch and Chainlink Today caught up with TheLinkMarine to learn more about how the redesign better serves and inspires the Chainlink community.

CT: What is your favorite feature of the newly redesigned site?

TLM: It’s tough to pick a single feature, since many aspects of the site have been improved. To start, the UI is way slicker, since it was custom-designed in Figma (the previous site was WordPress-based and quite limiting when creating a bespoke design). This has enabled big improvements to the homepage, such as new search sections that allow users to quickly filter according to the most popular categories, as well as newly designed project cards featuring snapshots of the most important data points, such as project name, logo, industry, and Chainlink integrations.

Next, we’ve built out the search functionality on top of a custom-designed database that enabled us to incorporate a much richer dataset per project than was previously possible, with short/long descriptions and important links to each project’s website, social media, dev documentation, dapp, and individual integrations featured on every project’s page.

Finally, we think users will love being able to filter projects based on the Chainlink product(s) integrated as well as the blockchain(s) they live on.

CT: How did you test different designs/layouts with a range of different users? What was one of the main pain points of the previous site that the new site solves?

Due to the rapid increase in new Chainlink integrations during recent years, the old site began struggling to load all of the project logos in its directory. The new site loads faster, and once the entire dataset is loaded (1,250+ integrations), any filtering changes are updated instantly.

CT: How many total integrations do you see the Chainlink ecosystem encompassing by the end of 2022? By the end of 2023? Is there a milestone at which you anticipate doing another site redesign?

In terms of site redesigns, there will likely be incremental improvements. I have big plans for the future in terms of functionality, including a membership system that would potentially allow projects to claim their listing in order to add new content/maintain their own content on their page.

CT: How would you describe the range of users who can benefit from the new site?

TLM: The site aims to benefit a wide range of users. Those who have only just discovered web3, blockchains, and oracles can head to the new Learning section for videos covering web3 basics and links to the best educational resources in the Chainlink ecosystem.

I imagine the site will be of great value to any project that integrates Chainlink, as each project listing includes fundamental information and links to all social media. More advanced developers might find it useful to have a single source for quickly filtering through the entire Chainlink ecosystem to find relevant projects.

CT: What are your other favorite resources for learning about the Chainlink ecosystem and keeping up with the latest news?

TLM: Of course, the number one source would be Chainlink’s official Twitter account. After that, I think the official Chainlink YouTube channel uploads incredible content – from AMAs to product breakdowns to very in-depth educational videos from Chainlink Labs’ lead developer advocate, Patrick Collins. All are fantastic resources for anyone looking to get involved and build in this space.