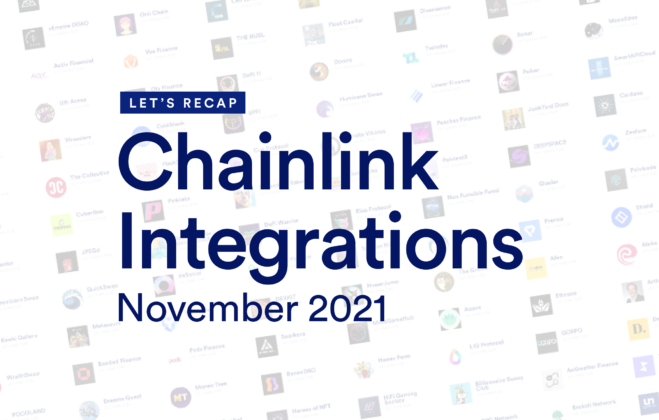 Chainlink’s industry-leading decentralized oracle solution powers the vast majority of DeFi. At the beginning of November, Chainlink announced that its total value secured (TVS) surpassed $75 billion. By the end of the month, that number had climbed $7 billion to over $82 billion.

“As DeFi has grown, so has the value we secure,” Nazarov said.

At the Solana Breakpoint event, Nazarov joined Solana Labs CEO Anatoly Yakovenko to talk about how Solana’s forthcoming mainnet integration of Chainlink oracles will catalyze the next generation of hybrid smart contracts, fueling even more DeFi growth in 2022.

Yakovenko said that the synergy between Chainlink’s oracles and Solana’s blockchain will allow Web3 smart contract applications to be built with the same performance, throughput and cost that Web2 users are used to. “That is going to end up being a seismic shift from Web2 to Web3,” he said.

The Chainlink Fall 2021 Hackathon was Chainlink’s largest hackathon to date, with over 8,000 registered participants. Winners of over $550,000 in prizes across a spectrum of categories will be announced during the closing ceremony on December 10th.

Stay tuned for Chainlink Today’s coverage of the Fall 2021 Hackathon winners and check out the entire Chainlink ecosystem in one place.