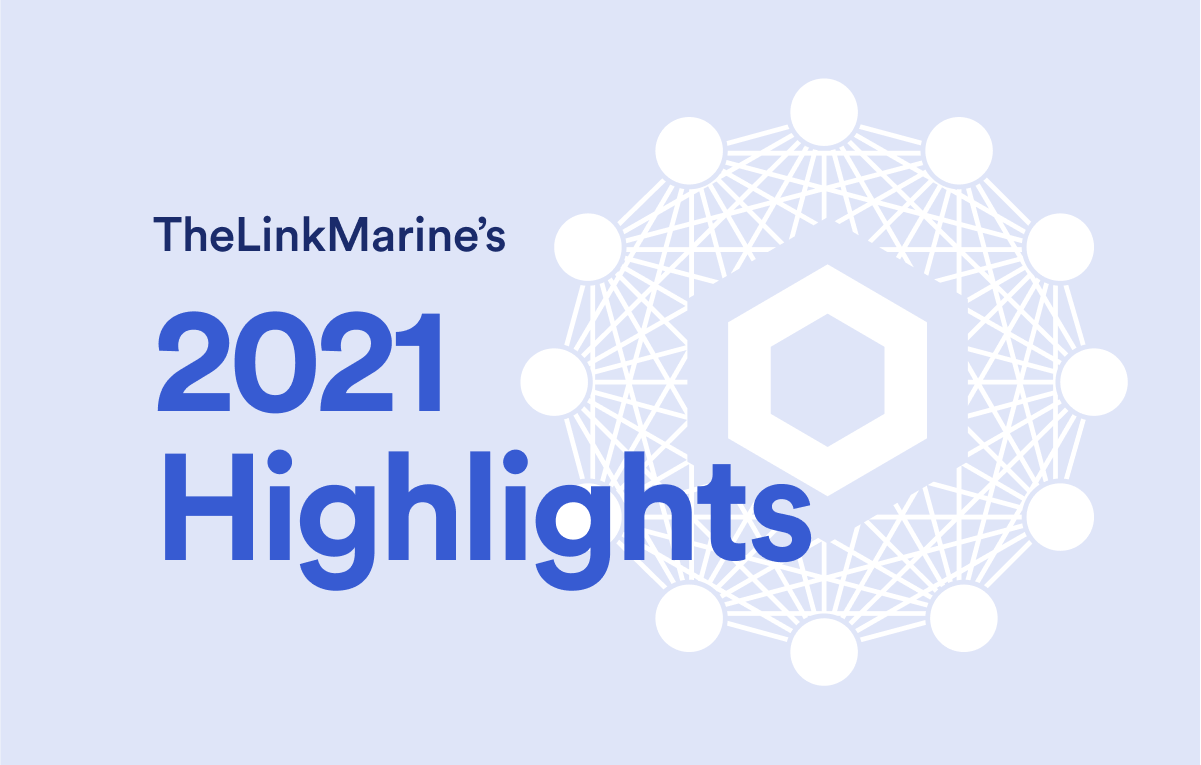 2021 was Chainlink’s biggest year yet, with the release of the Chainlink 2.0 whitepaper and new decentralized services like Chainlink Keepers and Cross-Chain Interoperability Protocol (CCIP). Everything that’s happened over the past 12 months will pave the way for the future, but three moments stand out to me as particularly conducive to an epic 2022.

Back in 2017, when Chainlink had just launched, its ecosystem consisted of a few projects that you could count on your hands. Over the past four years, as Chainlink oracle networks have expanded in number and utility, the Chainlink network has become a time-tested standard for industries such as DeFi, decentralized insurance, NFTs, and decentralized gaming.

The Chainlink network has proven itself as a solid and reliable oracle solution, even during times when the Ethereum network has been under great stress, such as 2020’s so-called “DeFi Summer.” Today, Chainlink secures the vast majority of DeFi – over $75 billion and counting.

During 2021, no fewer than five of the world’s leading enterprises within their respective sectors (AccuWeather, the Associated Press, Amazon Web Services, Swisscom and Google Cloud Platform) announced they would participate in the Chainlink network in various ways, whether as a data provider, node operator or blockchain infrastructure.

Seeing companies of this caliber utilizing Chainlink is fantastic, but it’s not surprising. Enterprises such as AccuWeather and the Associated Press have described delivering their trusted data on-chain via Chainlink as a vital, strategic step in the evolution of their organizations and industries as a whole.

AccuWeather’s Director of Flagship Products, Matthew Vitebsky, told Chainlink Today that the launch of AccuWeather’s own Chainlink node “ushers in a new era,” while the Associated Press’ Director of Blockchain and Data Licensing, Dwayne Desaulniers, said joining the Chainlink network was a “very significant event” for the 175-year-old news agency.

In 2022, as more global organizations understand the value that hybrid smart contracts offer the blockchain economy and the entire world, we will likely see many more enterprises launch Chainlink nodes.

Last month, Chainlink Labs announced that former Google CEO Eric Schmidt would become a strategic advisor to guide Chainlink’s scaling strategy. Schmidt served as Google’s CEO during a decade of rapid growth from 2001 to 2011, helping to launch popular and enduring products like Gmail, Google Maps and Chrome while Google acquired key technologies and services like YouTube and Android.

Schmidt joins an esteemed roster of Chainlink Labs strategic advisors, including former Coinbase CTO Balaji Srinivasan and Cornell computer science professor Ari Juels. Schmidt will undoubtedly be an invaluable addition to this elite group, and one can only imagine just how much he’ll help accelerate Chainlink’s growth.

Of course, one of my favorite 2021 highlights was launching Chainlink Today back in March. Since then, we’ve published hundreds of articles featuring some of the most influential and creative use cases for Chainlink oracles. Our mission is to get everyone – from technologists to lay people – excited about Web3, and we’re committed to covering Chainlink’s impact across industries around the globe by sharing the stories of the people developing and using this world-changing technology.

We’re excited to explore what the future holds in 2022 and beyond.