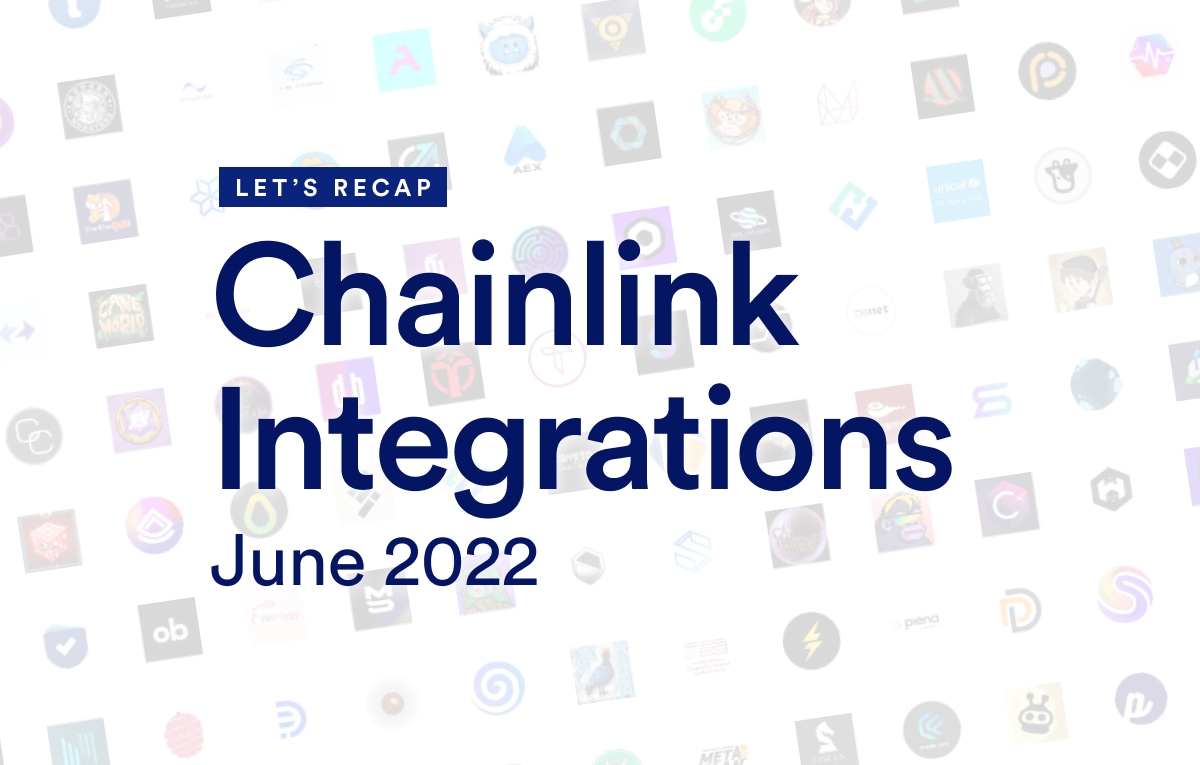 Staking is coming to the Chainlink Network in 2022. In June, Chainlink published a detailed blog post outlining the rollout for its community-driven cryptoeconomic security model, beginning with an initial v0.1 release that establishes a basic reputation framework and staker alerting system. Successive v1 and v2 releases will enable slashing of stake, distribution of user fees as staking rewards, and loss protection mechanisms.

“A society powered by cryptographic guarantees needs a system of cryptographic truth to prove what happened, whether that’s about random numbers, market data, weather events, or even just computations that the trust-minimized application needs,” he said. “This is the world that we’re moving towards.”

“We’re well accustomed to watching Chainlink secure many groundbreaking applications across DeFi over the last couple of years, and it’s a pleasure to be able to participate among such great peers,” said Michael Catt, Head of Business Development and Marketing at Apricot Finance, in an interview with Chainlink Today.

Solana is expected to integrate hundreds of additional Chainlink Price Feeds along with decentralized services such as Proof of Reserve, Keepers, and VRF (Verifiable Random Function) in the coming months. Meanwhile, fast-growing blockchain ecosystem Avalanche, which integrated Chainlink Price Feeds last July, announced that Keepers and VRF are now live on the Avalanche Primary Network.

Founder of Ava Labs (a team supporting the development of Avalanche), ​​Emin Gün Sirer, called these latest integrations a “fantastic milestone” for Avalanche’s users and developers.

“The Avalanche Community is full of tireless builders, and their ability to rapidly build and ship applications at scale just became even easier,” he said in an official announcement.

Among 80 new integrations in the Chainlink ecosystem this June are capital-efficient borrowing and lending protocol Interest Protocol (IP), which launched on Ethereum with Chainlink Price Feeds as its primary oracle; Polkadot’s interoperable smart contract platform, Moonbeam, which integrated Chainlink Price Feeds as a critical piece of its developer infrastructure; and hyper-realistic metaverse project Megaverse, which integrated Chainlink VRF to mint its Mega Hero NFTs.

June also saw the successful conclusion of the Chainlink Spring 2022 Hackathon, Chainlink’s largest hackathon to date with over 8,500 signups from new and experienced developers in more than 20 countries and 340 complete project submissions. The event also featured 50 hours of live, specially created educational content.

Chainlink Labs’ Lead Developer Advocate, Patrick Collins, congratulated the winners of over $540,000 in prizes during the event’s closing ceremony.

“A lot of you came to this new,” he said. “There were new challenges here. There were new development tools you worked with, there were new problems you solved and I am just so proud of everybody here.”

“Chainlink enables this system to have this 10x gas efficiency by moving a lot of that computation off-chain and allows for a lot of that anonymity. Oracles are absolutely fantastic for doing things like this. We are really, really excited to see what this protocol does in the future.”

On the project’s Devpost, the VMTree team praised the hallmark spirit of Chainlink hackathons for bringing together a “team of strangers” who “share a common vision and coordinate to execute it in reality within a short time frame.”

“There is a high concentration of such individuals dispersed throughout the Chainlink ecosystem,” the team wrote. “This project was only made possible by the incredible Chainlink community that joined the Spring 22 Hackathon.”