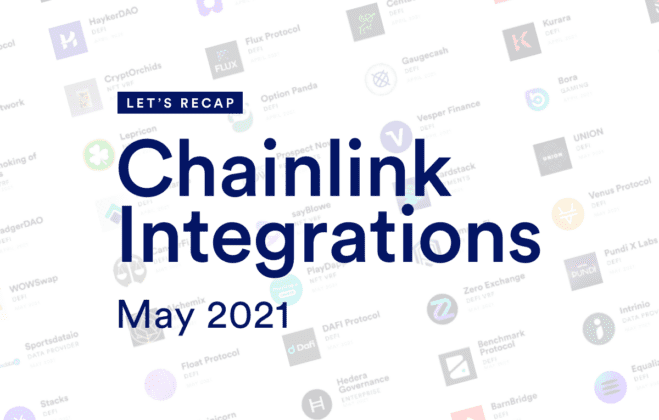 Building on April’s momentum, May was a record-breaking month for Chainlink. The Chainlink ecosystem added 55 new integrations, including the forthcoming launch of NBA star LaMelo Ball’s dynamic NFT collection in collaboration with Ether Cards. With Ether Cards and Chainlink, Ball will become the first professional athlete to commemorate career achievements through dynamic NFTs that create new, exclusive value for fans.

“The rate of integrations this month was just astounding, with 55 announced in May alone. As always, every integration is exciting to learn about, but I’m particularly impressed by The Green World Campaign and their usage of Chainlink in showcasing how hybrid smart contracts can be leveraged to reverse the effects of climate change.”

Chainlink Labs also became the first Web 3.0 member of Hedera Hashgraph’s Hedera Governing Council. As the council’s first crypto-native firm, Chainlink Labs will join 21 top global enterprises and organizations, including Google and IBM, to oversee distributed governance of the Hedera network. Hedera will also integrate Chainlink into the Hedera Token Service (HTS) and use Chainlink as its preferred oracle service.

Rounding out an integrations-filled month, Chainlink celebrated its two-year mainnet anniversary on May 30th. Co-Founder Sergey Nazarov recorded a video thanking the community for its enduring support in building a “new vision of the world” where DONs can democratize the ability to control one’s economic destiny.

To learn more, read about what’s happening in the Chainlink ecosystem and catch up on the latest Chainlink news.