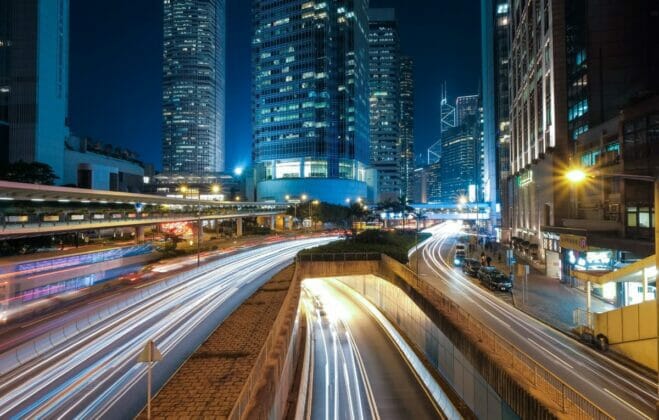 Ethereum 2.0 will offer reduced cost and congestion in the future. Until then, users could continue to face high transaction fees. Applications that require many transactions, have computationally heavy transactions or do not want fees and market fluctuations to impact a free exchange of ideas are seeking alternative solutions.

xDai is a stable Ethereum Virtual Machine (EVM) sidechain providing scalability for the Ethereum ecosystem. As Ethereum’s “less decentralized little sister,” xDai is supporting projects with lower security needs. Because many of the tools and resources that support Ethereum also support xDai, the latter is extremely developer-friendly. Developers can deploy to xDai and execute stable, faster, less expensive transactions simply by changing a few parameters, while xDai’s interoperability solutions allow assets and data to move between different chains within the broader Ethereum universe.

“xDai is helping mitigate the current gas crisis on Ethereum and providing a safe haven for users and projects being priced out of mainnet,” said Andrew Gross, a technical writer with xDai Network. For example, recent prices indicate that a single ETH transaction costs over $5.50 USD; on xDai, 500 similar transactions can be performed for less than one cent. A wide range of blockchain projects and applications including DeFi, NFT-based applications, decentralized autonomous organizations (DAOs) and games are currently migrating to and/or deploying to xDai as a scalable platform.

xDai uses a Proof of Stake incentivization model to achieve five-second block times with low transaction costs and is secured by a consensus process called POSDAO (Proof of Stake Decentralized Autonomous Organization) where a set of validators process and confirm on-chain transactions. Validators are selected based on their stake amounts as well as a random number, and delegators can place stake on validators to increase their chances of selection. The STAKE governance token is used for staking and provides governance opportunities for users, while the xDai stable token is used for transactions and fees.

Because the value of xDai remains stable to USD, transaction costs are predictable and not subject to market fluctuations. Projects running on xDai can predict fees and provide pricing models (including subsidized transactions) that reflect accurate operational costs. “This is similar to a SaaS model, and difficult to achieve when transaction costs change relative to USD on a daily basis,” Gross said. xDai chain is interoperable with Ethereum as well as other EVM-based chains such as BSC. OmniBridge technology connects multiple chains in the ecosystem, allowing users to seamlessly move assets cross-chain and leverage different tools on different chains as they see fit.

“Accurate and available price feeds are vital for DeFi project success and native Chainlink feeds on xDai give developers the data they need, in real-time, to configure these applications,” Gross said. “One reason developers choose xDai is the direct access they have to tooling and resources available on-chain; the addition of Chainlink feeds, running at xDai speed, provides another important tool to support project scaling.”

As blockchain influences more facets of the human experience, new projects will require scalable, adaptive ecosystems that remove limiting cost barriers. For example, DAOs that conduct voting on xDai can collect more input when each vote costs a fraction of a cent versus several dollars. Gross believes xDai and Chainlink are similar in that they both support an interoperable blockchain-centric future, with Chainlink providing vital real-world data access and xDai helping to scale Ethereum: “As Ethereum moves to 2.0, xDai is well positioned to continue providing a platform for innovation and stability for the ever-expanding ecosystem.”

Megaverse Aims To Redefine The Metaverse With...