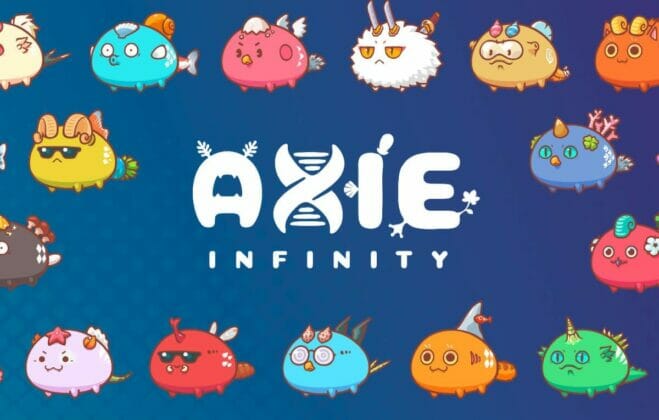 2020 was awash with economic, social and political upheaval. As people around the world weathered stay-at-home orders, they sought digital escape in games like Animal Crossing: New Horizons, whose release almost perfectly coincided with the onset of Covid-19. While New Horizons grossed the highest sales of any Animal Crossing game in the franchise’s 20-year history, gamers quickly grew bored and walked away.

Killing time may have been necessary to survive the initial shock of pandemic-mandated social isolation, but Animal Crossing’s social component – friends’ ability to visit each other’s islands – lacked the powerful, shared initiative that builds loyal, excited, enduring communities. Left with almost no freedom and control of their lives in the real world, gamers sought autonomy in the digital realm.

“Play-to-earn” gaming existed long before Covid-19, but the space was dominated by third-party marketplaces littered with fraud, theft and scams. Ecosystems were customarily controlled by game developers, who could alter price and value systems with little or no transparency at the drop of a hat.

But blockchain technology is reinventing the play-to-earn space and fulfilling its original promise; now, gamers can finally earn fair and reliable income for their contributions to a sustainable game ecosystem. Currently the top game on Ethereum, Axie Infinity is a virtual world full of fierce, adorable pets called Axies, which can be battled, collected and even used to earn an income.

On the surface, Axie might seem similar to Pokémon, Tamagotchi or even Animal Crossing; “the difference,” said Jeff Zirlin, Co-Founder and Growth Lead at Axie Infinity’s developer, Sky Mavis, “is that we let the markets for in-game resources be open and controlled by players.”

“We’re using Chainlink’s decentralized feeds to power our marketplace’s ETH/USD price feed,” Zirlin said. “In the past, when we were relying on a single API for this feed, it often went down, especially during times of heightened market activity. The feed has been stable and reliant ever since we integrated with Chainlink.”

An empowered, enthusiastic user base is the bread and butter of this new ecosystem. Zirlin sees endless potential for gamers from all walks of life to make a name for themselves and earn income. “Games with real, player-owned economies will become our digital homes, places where a new generation can head to for new opportunities,” he said. This prediction is already playing out, as individual players in the Philippines have been earning hundreds of USD each month on the Axie platform during the pandemic.

“We’ve seen that community is king in the crypto space. There is no such thing as an overnight success. Compound growth and keeping your community engaged over years is the surest way to hit escape velocity,” Zirlin said. “Our community is incredibly strong and loves to help new trainers.”

Axie Infinity’s thriving Discord server even features a scholarship channel that helps onboard new players without any upfront investment to purchase Axies. Community members offer each other tips and strategies for training and using their Axies. There’s also a wealth of community-generated content providing an evolving education on cryptocurrencies and blockchain technologies.

Because Axie epitomizes gaming that’s win-win, the platform’s success follows the success of its user base. With the launch of Ronin – Axie’s Ethereum sidechain tailored specifically for blockchain games – along with new upgrades to its battle system and advancements in land gameplay, 2021 holds great promise.

Megaverse Aims To Redefine The Metaverse With...